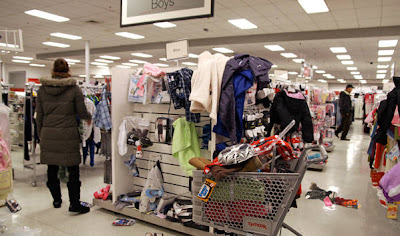 In the last six weeks, I've dropped over fifteen pounds and most of it is due to the incessent picking up after the sub-species of the off-price shopper. Not the courteous shoppers who put something back after having looked at it - I'm talking about the ones who throw things on the floor, abandon stuff all over the store, leave their carts at the front of a long line-up, or steal things by ripping into the packaging and leaving the debris strewn about the beauty department.

The other day I was telling someone about my job at the jewelry counter/customer service department at an off-price retailer and she threw up her hands.

"Oh my!" she exclaimed, "I have often lost hope for humanity shopping in those places!"

"My best friend is one of those people who just throws things down, letting them hit the floor, or get caught up in another hanger. I'm so embarrassed to shop with her..."

I know I shouldn't be shocked, but seriously - some people are PIGS. They walk around dropping names ("my Kenneth Cole watch, my Guess bag....") but they treat the store and the associates like crap. Makes it hard to respect a young couple after seeing how they let their kids tear into toy packaging, or the mom who just dumps her unwanted bath towels into the candy display. The teenagers are a bunch of little thieves, and the Ladies Who Lunch are the absolute worst for dropping $150.00 + Italian Leather bags onto the floor. They'll step over them to get to the Ed Hardy scarves, which will be snapped up faster than you can spell i-m-p-r-e-s-s-e-d w-i-t-h m-e y-e-t? If you're not, we have some over-priced and pretty ugly Ed Hardy bracelets.

I guess I'm just a little jaded. As for the recession, looks like it doesn't exist when it comes to getting that sean john jacket...
Posted by becomingkate at 9:31 PM 9 comments: 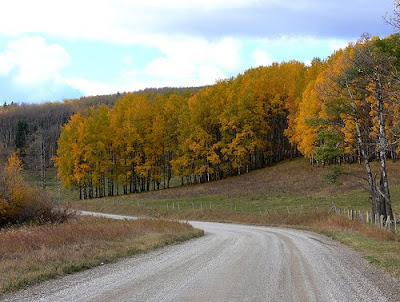 Today Jamie and I are going down to the Aboriginal Employment Centre and then to the Career school to see if we're entitled to funding. Although I am happy to be working, I'm making about 55% of what I did when I was managing clothing stores. I really hope that I can be making $50K + by the end of next year!

As much as I have enjoyed retail (well, it's definitely a love/hate thing!) I think it's time to get into something that will take me to retirement and allow me to start saving $1,000/month for retirement.

What business are you in, and do you like it? I'm thinking of doing something in the Human Resources line of work, but need to start gathering information on what skills are required and how much they pay.
Posted by becomingkate at 1:19 PM 7 comments: 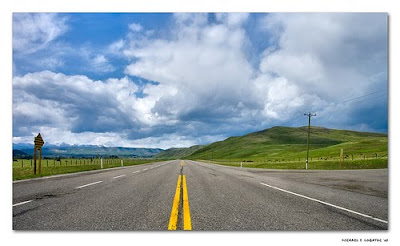 I've missed all the people I used to read online! Between the work and the house and the truck and the kids and scrambling to keep caught up, I barely have time to play on Facebook.

I've been working about 40 hours a week but need to put in 6 days to get that, and for the most part I'm exhausted when I get home. The thing that kills me is that I think of blogging ideas all day long, but when I get home I just can't concentrate enough to get it out.

Also, I have been having major difficulties with dry eyes and contact lenses. The store I work in dries them out and makes them scratchy and sore, and lots of nights I just want to take them out and lay down for a bit.

At any rate, I am excited that both kids are gone for the afternoon, so I'll be able to catch up. How are you doing? What is new? Didya miss me?
Posted by becomingkate at 3:33 PM 11 comments: 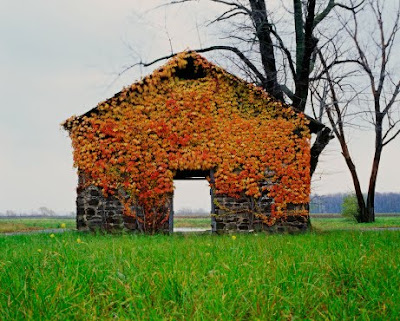 I came across this beautiful fall pic and wanted to share it. It reminds me of the winding country roads of Alberta, although this one was snapped in Ontario. I'm looking forward to seeing it myself one day! Here's more info:

The historic Niagara Parkway, or “River Road,” is the route that Winston Churchill called "the prettiest Sunday afternoon drive in the world," and follows the winding curves of the Niagara River, which divides Canada and the US. The loveliest stretch in autumn is between the small towns of Queenston and Niagara-on-the-Lake and reaches its pinnacle of color in early October.

In the past few weeks we've been able to visit my parents more often, and the drive out is just beautiful this time of year. It takes something that is normally mundane (stopping for fuel, going to the bank) and makes it into something memorable. I know we're going through a rough time, but I truly am grateful for the life I have now. I see a recovery in almost all areas in the next three months and to be honest, I get such joy out of the littlest thing.

For example, I recently went into a Bibles For Missions thrift store and found four white, restaurant quality sandwich plates, a white tea pot and half a dozen teaspoons, all for two dollars. Jamie brought me some Body Shop cleanser just as my other stuff ran out. And my entranceway is newly cleaned and dusted (including the ceiling fan) thanks to Bill.

At any rate, I just wanted to balance out the day with something positive. I'll sign off soon to take some pictures of Bill's pumpkin. He's carving it right now, but I don't know what he decided on.

Have a good weekend!
Posted by becomingkate at 10:30 PM 11 comments: 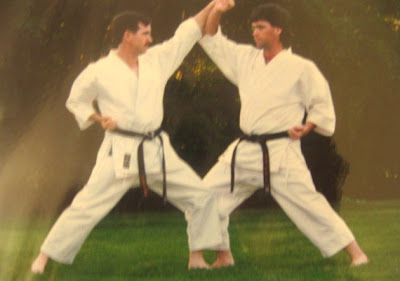 Dan Kelly and Dale Peterson, circa 1995

This past few weeks has been more difficult because of everything going on - the illness, the lack of money (and the phone calls that ensue) the basement flooding without home insurance (couldn’t pay the premium) the big box store not paying me for a month (they had my banking info wrong) and the bank closing down my account and calling in my thousand dollar overdraft (they kept my truck payment and widow’s pension to pay it off) and of course, there is the countdown that goes on every year since Dale passed away. Songs spur memories while I’m driving around trying to get things done, tears come easily and more often than before.

As much as I miss the good man he once was, it mostly comes down to the trauma involved with his drinking, the way he got sick, and the broken man he was when he died. For the most part I’ve forgiven him, although I found it sad the day that Jamie was angry with Bill (over the last fight we’d had, involving Em playing us against each other) and said something like “well, he needs to think of us as one unit or else he’s no better than Dale was. And Dale was a good-for-nothing drunk.”

Brutal honesty, and there is a bit of guilt because he once asked me while he was dying, to try to remember to good things. The humour, the affection, the way he loved, lived and breathed karate. So I’ll do that today.

About ten months after he died, one of my employees took a job in Japan, and agreed to scatter some of his ashes into the Pacific ocean there. This is the message she left me this morning:

It was a misty day here today, the humidity before the rain making the air heavy but cool. The clouds hugged the mountains and flowed into the sea where a part of his spirit lay.
xo

I hated how awful the end was, but this is the life I was meant to have. I hope you have peace now.
Posted by becomingkate at 12:17 PM 6 comments: