the flowers, the job and passing another milestone 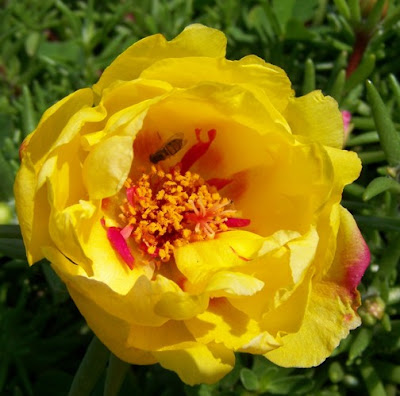 For the last couple of months we've been watching these strange, sedum looking plants pop up all over the front bed but until now, we haven't know what they are or where they came from. Turns out that it's Rosemoss, and I have yellow and white blooms. We don't know if they were planted or dropped from a planter on the porch, but they're hardy little things!

My new job has been pretty good so far. Neither of the women in the office has been very welcoming or helpful, but I've discovered that I'm senior to one and on par with the other; one is down to help from Edmonton and the other has resigned and her last day is on Monday. Anyway, I have had the Regional boss stop in and have secured $1,500 in stainless steel tables and cabinets and while I'm waiting for those I've gutted the warehouse that Bill works in and re-organized everything.

In between all that, I am delivering oxygen cylinders or concentrators and getting patients set up on the proper flow before the Respiratory Therapist arrives 24 hours later. I enjoy it so far and have been getting an hour or two every day in overtime. Yesterday I picked up a custom fitted company van with 35 km on it!

In other news, my oldest daughter Jamie is moving out. She's 21 now and attending college in the fall, this place is about a block from the college. It's a great opportunity with the rent being so low! I will miss her every single day but I know she needs to do this and it's time. I'm proud of her.

Today we're going to transplant my Mom's peony so I should finish up and read a few friends. Happy Saturday!
Posted by becomingkate at 3:19 PM 9 comments: 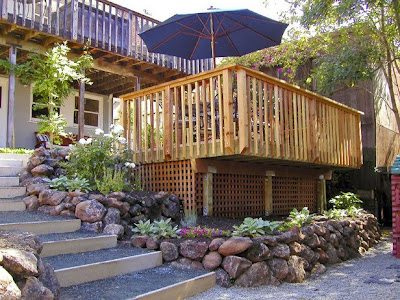 Random gardening photo; I'm obsessed with how people work around their yards.

I was hired for a full time position yesterday, with Bill's company. Yay!

The remuneration is about 80% higher than my previous position, especially when you consider the company car and company cell phone.

I start training in Edmonton on Monday, but do not expect to be overwhelmed - from what I understand, I'll be delivering oxygen to senior's and doing some administrative work in the office. Thank goodness!

I am SO happy to be moving on from the situation I was in.
Posted by becomingkate at 9:46 PM 10 comments: 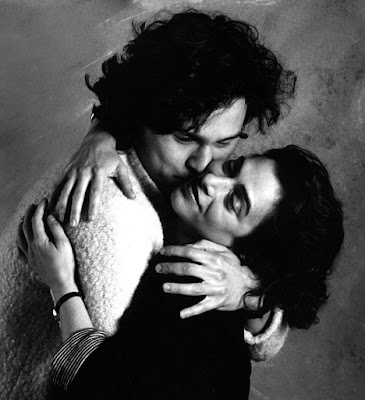 Julie Metz was forty-three years old when her husband of twelve years dropped dead on the kitchen floor. After realizing that the thud she'd heard in another part of the house wasn't a package being delivered, nor was it something that one of the cats knocked off the counter, she raced up the stairs to the bedroom, calling out his name.

"Henry" (his name in the book) was not in the bedroom, so she raced back down the stairs to the kitchen. As she spotted him on the kitchen floor, flat on his back and spread-eagled, she had the overwhelming sensation that she and Henry were in an opening sequence for the show Six Feet Under, which was a favourite show of theirs that year.

"Perfection" is the best-selling true account of what happened after Henry, 44, died that day.

It details how Henry was cremated and the urn kept at home, surrounded by the people and the things he loved. How his little girl (six at the time of his death) dealt with the good and the bad that was her father, and how Julie turned to one of their mutual friends, Tomas, for support. Six months later and a few weeks after becoming sexually involved with him, Julie describes laying in bed with him one evening. An ambulance in the distance roars past; the sound takes Julie back to the afternoon of Henry's death.

"I still miss him so much, I can't bear it. How long is this going to go on?" she asks.

Tomas laid still, staring at the ceiling. "Do you miss everything?"

"No, but when I think that way I feel guilty."

"What do you mean? Tomas please. Please tell me."

"There was a woman in California. I thought you knew. There was also some others, I don't know everything yet...we found a lot on Henry's computer."

The next morning, Julie gets up early and starts calling all of their mutual friends. One in particular, Emily, begins crying right away. "It was Cathy," she said, between sniffles. "They were having an affair, for two years at least. We found their emails on Henry's computer the morning after he died."

Cathy! Cathy lived next door with her husband, a petite athletic woman who'd befriended both Julie and Henry. Cathy's daughter was best friends with Julie's daughter Liza, at that moment Liza was in Cathy's house, waiting to picked up from a sleepover.

I have to go pick up my child. Liza was in the home of the woman who had been involved in a long affair with my now dead husband, who had used her own daughter to gain daily entry to my home, who had insinuated herself into my life, eaten my food, preened by my swimming pool, pretended to be a friend. A women that had left a fucking fruit salad in my refrigerator.

The story continues as Julie discovers one lover after another; Henry's computer and his address book turn up five different lovers over a long period of time. Almost from the beginning of their marriage the red flags are there; Julie had decided to ignore them. After his death, she has no choice but to face it head on and eventually confronts each of his lovers. "What the hell were you thinking," she asks. "You had to have known he was married."

One of his lovers - one of the last, that Henry had tried to hire on as an assistant, actually becomes online friends with Julie and they keep in touch for years to come.

I really enjoyed this book. I read it first as a widow, and truly identified with Julie's feelings (part one is aptly titled "fog") and revelled in her uplifting and hopeful ending. I loved her brutal honesty about sexuality after widowhood, the mistakes she made with Liza when she started dating, and the peace she felt after becoming recoupled. In one of the last anecdotes of the book, Julie and her new BF take Liza to Mexico for a vacation, and there they meet up with a single man who has a daughter the same age.

"Do y'all live together then?" the little girl asked in her southern lilt.

"Yes," I replied cheerfully, "we're a funny little family, we none of us have the same last name."

The father nodded. "Whatever works," he said.


"perfection; a memoir of betrayal and renewal" by julie metz
2009 Voice
Hyperion Books
Posted by becomingkate at 12:47 PM 2 comments: 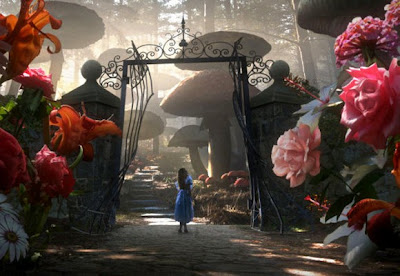 Over the weekend, Bill, Jamie and I attended a birthday party with the Tim Burton "Alice in Wonderland" theme. We had weeks to prepare but were busy with the kids and work and trying to stay out of the way of mosquitoes, which are OUT OF CONTROL this year due to all the rainfall.

Anyway, in the end Bill dressed up as Rabbit (replete with a bunny tail and a vest with an alarm clock attached) I dressed as the Red Queen, and Jamie went as an Ass Kisser (if you haven't seen the movie, an ass-kisser is a character that is afraid the Queen will chop off their heads; therefore they all wear prosthetics so that the Queen with the HUGE head won't have them killed. IE, someone will have normal body proportions but have a really big nose, or ears)

As it turned out, we were the only ones that dressed up out of about a dozen people, except for the birthday girl. This is now the second time we've shown up at a party in costume, only to find everyone couldn't be bothered.

It's a little disappointing. I wonder if the birthday girl was disappointed?

(Driving Jamie to work. Be back soon)
Posted by becomingkate at 12:34 PM 1 comment: