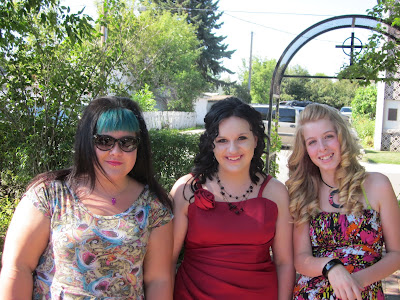 Yay! My old JS friend helped me figure out how to post using IE9. Here's a pic of my oldest daughter Jamie (L) another friend, and Emily, on the right, at a wedding a few weeks ago.

Posted by becomingkate at 4:39 PM 6 comments: 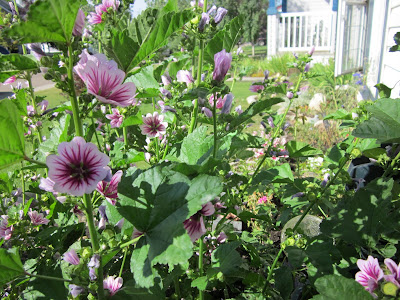 flowers by the front porch

The flowers in the pic are Malva, which I started from seed in May. To be honest, I had no idea how tall they'd be! I have tried keeping up with heights, widths, sun exposure needs and watering needs, but there is a LOT to remember!

These sprung from three or four seedlings that were about an inch tall when I planted them June 25th. Currently they stand about 27" or 28" and are covered with thousands of little pinkish blooms that draw bees by the dozens. Thankfuly no problems with the bees, lol. 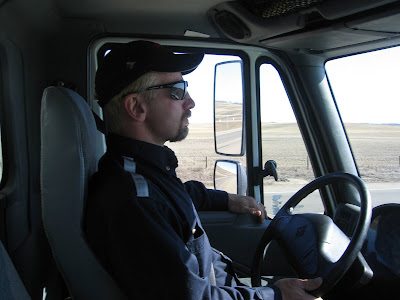 I couldn't post anything yesterday, so I thought I'd try with a pic today. The publish button just didn't work!
This is my hubby, Bill, in his work truck. I hate the sunglasses, but they're a necessary evil for a driver on Alberta roads.
Anyway, he's a handsome guy in his uniform. Next week, on August 9th, we celebrate our fourth wedding anniversary! Hard to believe how time flies.
Happy Thursday!
Posted by becomingkate at 2:14 PM 4 comments: 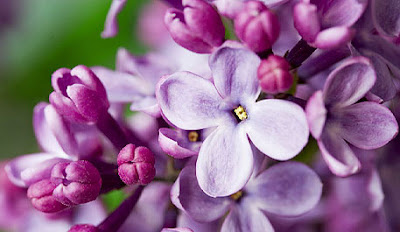 Generally, I don't like to do it, and it always blows me away when a company like Vitalaire does it. It's been two weeks since I lost my job, and while I'm okay for the most part, it's taken it's toll on my confidence.

You see, the Regional Director had spent over thirty minutes going over the "upcoming meeting" with me, which was to include the CPAP specialist, Bill and the respiratory therapist and mostly deal with safety and how I was to spend the last three months of my contract so that they could re-organize the Red Deer office.

The same day, the Regional told the others that there would NOT be a meeting. When Bill called him about it, he was told to stay away. The following Monday, the respiratory therapist was told to stay away, presumably to keep me from talking to her. I spent the day alone.

On Tuesday Morning, I was trying to get some points together for the meeting and also trying to finish up some paperwork when TWO managers showed up from Edmonton. At this time, I STILL thought the whole branch could meet to discuss some of the problems - but they brought chairs into my office, left the others out front, and shut the doors behind them.

All they really had to do was let my current contract expire, but I think they had to make an example of me. Anyway, what a shitty way to handle things.

Today I have an interview with the competition, and I hope that I get it. Even if I don't get a company car, I'd be okay with that. I just hope that their hourly wage is close to what I was making before! Bill and I want to buy a decent car this year.

Wish me luck! I really need it.
Posted by becomingkate at 11:11 AM 6 comments: